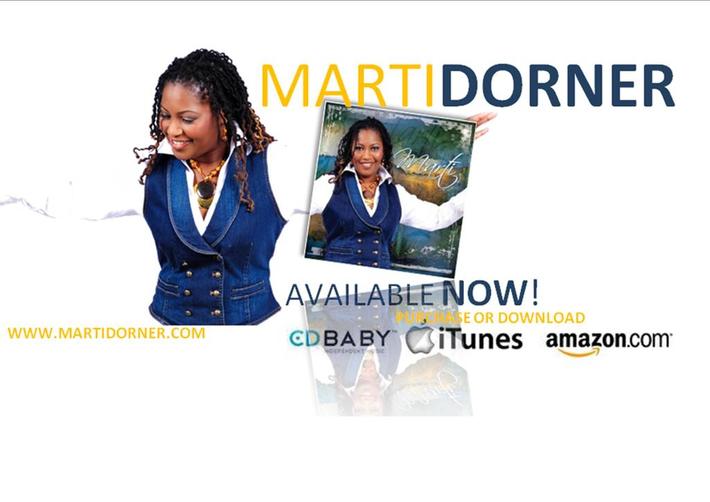 Bio:
Marti Dorner has an unforgettable voice and a heart of gold to match. Contemporary Christian artist, known affectionately as just “Marti”, is a singer and songwriter who brings a powerful sound to today’s Christian music. Her beautiful vocals encased in a unique and soulful style reverberates through the hearts of everyone blessed to be within earshot. Marti has an uncanny ability to wrap her inspiring and sweet voice around uplifting melodies, she also sees herself as simply an instrument to be used by the Lord. Her God-given talent has placed her in the company of the greats of Gospel music. Marti sung background vocals for artists such as Ron Kenoly, The Gaither Vocal Band, Larnelle Harris, and many others. But now, this psalmist steps into the spotlight with her musical eponymous, 11-track debut. The Nassau, Bahamas native began singing at the tender age of eight. Born into a large musical family, it was only a matter of time before music would find its way into Marti’s heart. “When I was young, my evangelistic father saw to it that his six talented daughters accompanied him to every possible event. I realized that music was becoming a vital part of my life at the age of sixteen,” recalls Marti. “It was then that I began to understand the powerful message of restoration and peace that music can bring to the soul. My parents discerned the gift of music in each of us and encouraged us to embrace and develop those gifts.” Marti pursued music wholeheartedly, at the age of 21, when she realized singing was the calling on her life. “For me, expressing myself always came easier through music,” shares Marti. Her voice caught the attention of household names in the Christian music industry in Orlando, Florida, and Marti moved forward in developing her musical abilities under the direction of many of today’s musical leaders such as Ron Kenoly, Thurlow Spurr, The Gaither Vocal Band, Larnelle Harris, Martha Munizzi and many more. Her vocal expertise has led her to record professionally for Disney Studios, Dupont, Amway, and other popular organizations. Performing at various events around the continental United States, the Bahamas and Europe, she has appeared on stage with Pastor Benny Hinn, Clint Brown, Marty Copeland, Sandi Patti, Larnelle Harris and Babbie Mason. She’s also made appearances on the Trinity Broadcasting Network, Super Channel 55 and on WAJL radio station. Marti, the wife of Doug, her husband of 15 years and the mother of two boys Kyler Jeremiah and Cameron Ethan is stepping into a new season. She’s delivering a new solo debut release called “Marti” and the project is a stunner. For Marti, recording the CD has been a fabulous experience and through the process, she’s realized that the project is not for her – it’s to share with the world. “The album is really a reflection of the experiences that I have gone through,” says the songstress. “When I started the album, I truly felt honored that God would choose me to be His psalmist. It was an amazing experience.” The CD, produced by the artist, contains songs of praise, adoration and thanksgiving. Songs like “He Is Able”, a gorgeous, uplifting ballad and the sweet-sounding “In His Hands”, can’t help but draw the believer closer to the Lord. “Even Now”, another beautiful track, is not just a memorable song, but it’s a personal one for the artist. She penned the tune on the same day that she miscarried her first child. Through the devastating experience, she realized that there is no circumstance, no situation, where God does not deserve all praise. “Sacrifice”, another song Marti wrote, was created shortly after the birth of the couple’s second child. The moment that she held her new baby in her arms was the moment that she started to understand the true surrender that God had made in sacrificing His Son. Every song speaks to a particular experience and triumph that Marti has gone through. The project encompasses all the musical influences that have been a part of Marti’s life. Flowing seamlessly from Contemporary Gospel to Contemporary Christian Music, she has mastered it all. Marti’s island roots are truly apparent, when listening to the Caribbean-flavored cut, “Clap Your Hands”. Praise and worship lovers will enjoy the sacred sounds of “I Come To Worship”, a pretty love song to God. There is something for everyone on this new CD. Marti hopes that everyone walks away from the CD better and changed. Marti says, “My heart’s desire is for each listener to be restored and healed through this record, an instrument of worship. I want people to understand that with God’s love and strength they too can endure anything.”

(Washington, D.C.) – September 6, 2011 –Like all Americans, Marti Dorner was deeply moved by the tragic events of September 11, 2001.  It’s with reverence for those who lost their lives and respect for those who… 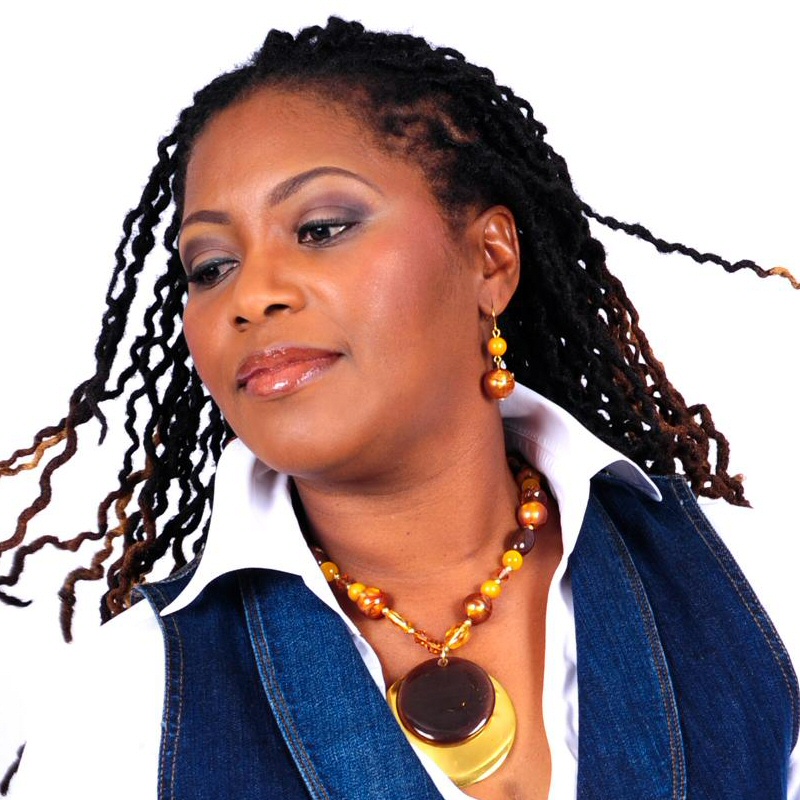 Merry Christmas!  Our Savior is born!

Tierney Simmons said…
www.reverbnation.com/thewatchamcallits check me out also add me if you like thanks keep doing you let no one tell you you cant i am  new this sight but number 4 on reverbnation please exsept me as a artist and my music into your world ...and any one who reads this please feel free to go to my reverb link and click the like button and listen to the conten thanks i love my fans....and i hope yall love me

Mike Brasher said…
Catfish Cheese is on Indie Music Channel. I am here to invite you to our profile to hear what you have been missing, and remember... "Its always bedda with some catfish chedda"