OK so I voted in 15 Categories for the 2021 Grammy Awards in early January: Artist of the Year, Song of the Year and Album of the Year, Best New Artist, etc. in the Pop, Country and Christian categories. I have to say that this year's songs, albums and artists were much more pleasant to listen to overall than last years' were...So as far as one artist that was difficult for me to listen to last year, can you say Cardi B? ;) 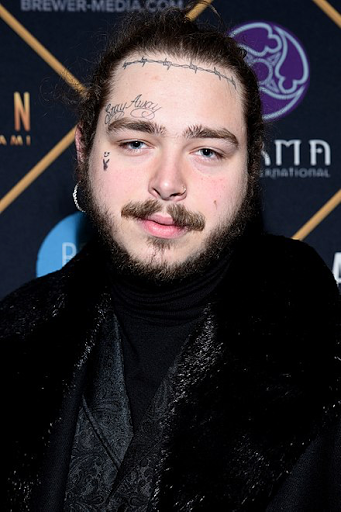 I personally think there will be a few BIG shakeups this year. I can say that I was slightly more unimpressed with some of the more established bands and artists (can you say James Taylor, Coldplay, Lady Gaga, and Fiona Apple?) this year than I've been before. I also think most of the prior "winners" offered a lot less musical "bang for the buck" overall than some of the up and coming new artists on the scene (Post Malone, Harry Styles). But I predict that some of the Grammy die hards will do well again - as in Taylor Swift. I mean how does this all-grown-up former teen idol know what the trends are exactly before anyone else, and always ends up putting out catchy heartfelt stuff that's exactly what we're all 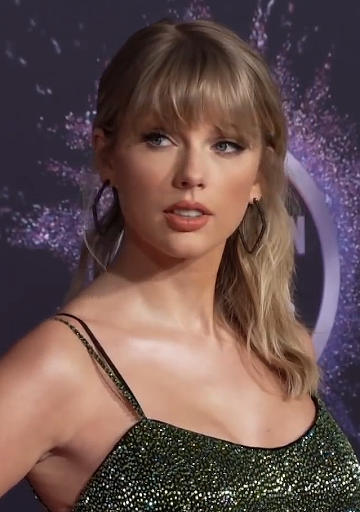 I have to mention I was also a bit surprised that they decided to bump the Grammy's back to Sunday March 14, 2021 instead of hosting them in Jan or early Feb. as usual. What?? Ok so I think it mostly had to do with COVID, but there've also been some SCANDALS at home at Grammy Headquarters too. Mostly involving women feeling as if they were discriminated against because they are women.  By men. Big Surprise! So there was a big shakeup over there, and new top brass, etc. and firings, lawsuits etc. have ensued.  Get it, sued?  Well I'm thinking this is also part of the reason for the big delay, I mean who wants to attend an awards show where you could win a big award such as Artist of the Year, but you have to attend VIRTUALLY?  So now you know EXACTLY how the rest of us feel, having to attend your bigshot awards shows- via television or internet!

Oh well, I wish everyone the best and (still) appreciate all the musical contributions and efforts we artists are making. I feel like many Grammy Nominees got more in touch with their softer, more reflective, kinder, gentler, and more sentimental sides this year. Probably due to even more marked division in the US then ever,  and the rapidly dissolving state of world peace, plus theres been this huge Covid mess...

So..What Happened at the Grammy Awards? Best and Worst

Well, as a GRAMMY Voting Member (a Member of the Recording Academy, AKA THE GRAMMY's)...I thought I'd share a few of my observations about this year's GRAMMY awards. So, (for us music lovers who actually care about the direction our music and our industry's headed), here's what happened at the 62nd Annual Grammy Awards in LA on Jan 26, 2020: 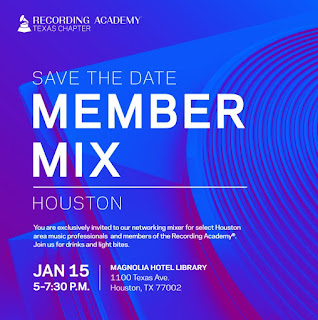 The big news was of course that very very sadly, this was the same day that Kobe Bryant and his 13-year old daughter were killed, along with several others, in a helicopter crash in the Calabasas Canyon area outside of LA.  So naturally, this put a huge damper on the typical Grammy celebrations.

Other News and Winners:

Young (female!) artist, Billie Eilish, won album of the year, song of the year, record of the year and best new Artist of the Year. Here's what the Washington Post had to say about her amazing Grammy Sweep:

"Billie Eilish, the 18-year-old pop phenom who had the best-selling album of 2019, swept the Grammy Awards on Sunday night, winning all four of the major awards: album of the year for “When We All Fall Asleep, Where Do We Go?”; record and song of the year for “Bad Guy”; and best new artist."  Billie and her brother Finneas O'Connell, wrote, produced and recorded all the songs- mostly about uplifting stuff such as "depression, suicidal thoughts, being a bad guy, global warming", and so forth...

Yes folks, the other talk of the Grammy's this year was Eilish's big fetish for wearing green all over...and take a look at those NAILS!...Yikes.

To me, the biggest news about Eilish was that she has very green hair-(of course!), and is obviously quite humble and unpolished. I also thought it was sweet & cute that she said in one of her (many) acceptance speeches, that she thought that the award "should have gone to Ariana Grande".

In other breaking news, Eilish is of the few female breakout stars who doesn't look (or sound!), like either Taylor Swift or Ariana Grande! ;) (OK so this news was mine...)

Best Pop Solo performance was won by Lizzo, who I think gave a sort of cool performance during the show, not just for her unique voice, and her interesting white furry outfit, but mainly because she plays the flute (like me!). I also loved the performance by H.E.R. because she started out at the piano on her hit "Sometimes", (woo-hoo just like me too!). And then she also played the guitar near the end of her song (what?), AND she sang her song pretty well too. Woah.

This show was thrown a lot of last minute curves not only due to the horrific Kobe Bryant news, but also because of the hasty exit, (yes, less than 2 weeks before the show!), of ex-Recording Academy head Deborah Dugan — the 1st ever female to run the organization — followed by her explosive lawsuit that alleges gender discrimination and sexual harassment.  By whom? To whom? Why whom? Or is this just another Hollywood #MeToo move?

Seems that a young relatively unknown female star, Eilish, pretty much took it all, so I don't really understand this lawsuit?? Is it aimed at the disproportionate number of male nominated vs. female artists, producers, etc. who were nominated, or was this alleged mysterious affront specifically aimed directly towards Ms. Dugan? And who dunnit? Please do tell us, Deborah Dearest, we want the dirt Sister!

Final Observations:
As I was voting this year, I noticed a lot more rap, hip hop and beat-loop based songs. (Surprise!), and coincidentally? less and less real musical talent, a lot of showy flashy stuff, a lot of trying to be trendy (AKA quiet, short electronically held chorded intros on almost every single pop song!), but a lot less real singing, less good writing and less instrument playing...a lot more electronic programming.
Also a lot of very strange collabs: As in: "Can you say Billy Ray Cyrus & Lil Nas X, etc., performing with just about every other rapper/hip hopper around"?  Lots of pseudo-talented and weird performances during the show too, by some big names you'd never expect like the Jonas Brothers and even Ariana herself.
And where the hec was the real Neil Peart tribute????? I mean he's an absolute LEGEND on so many levels.
I think Eilish won because she and her talented brother didn't give a crap about being trendy, sounding (or looking!) like Ariana Grande, or following current trends, but rather because they're making their own trends based on doing what they want to do, love to do, and are good at. They also sound like themselves. OK! So, summing it up, they were themselves: complete with weird green outfit, some real humility, introspective lyrics, and green matching nails and hair...How strangely refreshing...?
Maybe we could all learn a lesson or two from these two talented young 'uns about being ourselves and doing what we love to do...
So what are your thoughts on all this? Clever observations?
Till next time,
DeDe :)
dedewedkind.com
facebook.com/dedewedekind
youtube.com/1DWedekind
twitter.com/DeDeWMusic
instagram.com/DeDeWedekind
*Images courtesy of Getty Images and The Grammys

"DeDe's versatility as a vocalist and songwriter shines brightly on "World of Christmas". She brings her beautiful lyrical sensibility combined with her fun, playful side to create a holiday album that not only touches your heart, but your soul." –Jeff Bova, Grammy-Winning Producer of the Year, Producer: World of Christmas

"[DeDe] is an absolutely superb vocalist....she's a talent to be watched!" -Jason Miles, Grammy Winner (2001), Broadjam.com, Pro Music Reviewer
"Crossover Crooner is On Her Way to the TOP" -Ann Fisher, Houston Chronicle

DeDe in the News:
DeDe Wedekind is an award-winning singer & songwriter from Texas. She just won the IMEA 2015 Song of the Year Award for her new song, “Stronger” from her upcoming album, Dream of You. DeDe also was nominated for Song of the Year for another new song, “Prime of Life”, which she performed at the IMEA Awards in October 2015 as a Featured Performer.

DeDe, (AKA Deborah Wedekind), has 4 albums including her latest: Dream of You (Feb. 2016), which is Nominated for BEST ALBUM by the 2016 IMC AWARDS to be held in LA on April 24, 2016! Album #3, World of Christmas (Nov. 2013), features her original songs, as well as new arrangements of familiar Christmas classics, all by DeDe. This award-winning album was produced by GRAMMY-WINNING Producer of the Year, Jeff Bova (Celine Dion, Falling Into You, ‘96). This 10-song CD, has been called by Bova: “An album that will not only touch your heart...but also your soul".

Grammy- Winner Jason Miles says: "(DeDe) is...a superb vocalist, and a talent to be watched". Phoenix, (Music Reviewer for the LA Examiner), says, "World of Christmas will turn your 'Silent Night', into a 'Joyful Christmas'!"

About DeDe’s 1st album Clear Skies Ahead (11/2011) Breathecast.com’s Timothy Yap says:
"Wedekind has a way of bringing out something fresh out of each of these covers...some of the most intricate pieces from the American Songbook. When it comes to song interpretation, Wedekind is without peer." -Timothy Yap, Breathcast.com Music Reviewer

it was a BLAST meeting you!!!!! and so much fun dancing and laughing we rock girl together!! you look fabulous you made me laugh, we shared them moments ay..shhh dont tell our secret lol....ya know at the bar thingie....

lol omg!!!!! that was too much fun!!!! yes im your personal phycic girl no lie!!, heck im every-bodies personal physic or psychotic as my hubby would say, aha!

Sam Hankins said…
Thank you so much for your kind words. Congrats to you as well. See you at the awards.