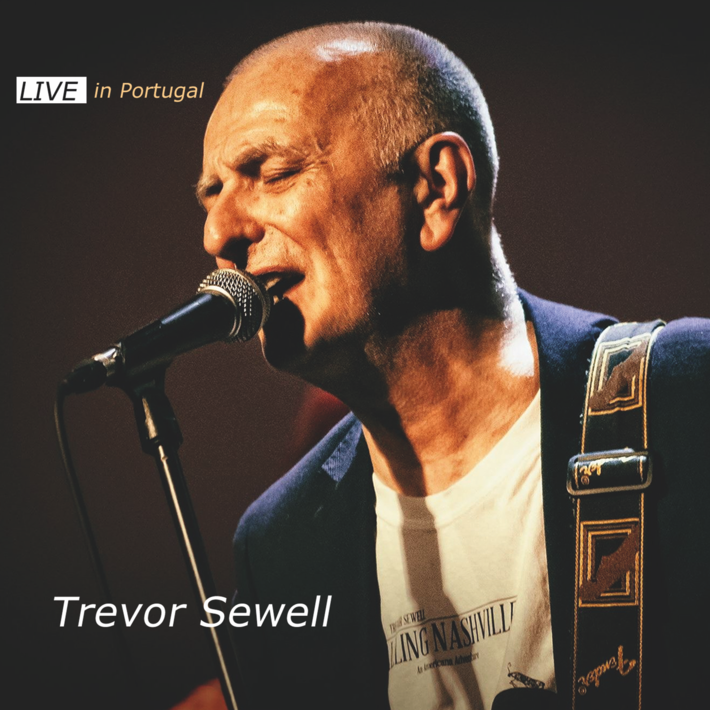 Latest update: The new album 'Live In Portugal is released and picking up considerable radio play in the U.K and U.S.A and is featured in Blues In Britain this month (November 2020)

HOLLOW the new album is now on general release and in its first week it entered the UK IBBA chart at number 17 and has since been selected as Pick of the Month for October further generating a huge amount of airplay around the world.A pre release version of 'Aint that the truth' taken from the album recently won an Indie Music Channel Award.

Thanks for my award for Best Live Performance (for The Train) - had a great time at the Awards and met a lot of very cool people - Many thanks to Christopher Ewing - happy days:)

Update: Face To Face is the title track from the new Live In Hollywood Unplugged Album

Since its release earlier in October it has received heavy airplay around the world and is currently play listed in the IBBA Chart  (no 10) in the U.K.

Trevor Sewell is a British Guitarist/vocalist/writer/producer his new album 'Independence' is currently sitting at number 9 in the Radio Caroline Charts and it has already registered in the both the Independent Blues Broadcasters Association and Blues Matters Chart. Sewell was recently inducted to the American Heritage Blues Hall of Fame in the same category [Master] as artists such as Tommy Castro and Joe Bonammassa.

The past two years have seen Trevor continue to go from strength to strength as his fan base continues to grow particularly in America where his debut album 'Calling Your Name' spent a staggering 7 weeks at number one on the American Blues Scene Chart.

A recent return to his roots has seen him widely recognised as one of the great emerging British guitar talents currently riding the wave of New British Blues gaining popularity in the U.S.A.

had this to say:

"I've only just met this brilliant musician but I can tell you he is the real thing. Heart felt, passionate and truly excellent rock/blues guitar playing and singing. Comparable with some of the greats I've had the pleasure to work with. Two of them called Lee, Albert Lee and Alvin Lee.

"Trevor is in my opinion from the same mold he gives rock/blues a new boost. You've just got to love it!!!"

Thanks Trevor - sorry that it took me so long to see your post and reply! See you in LA in February during Grammy week!

Thank you for your kind words, Trevor!Glad you liked my music video! Hope, everything goes well for you.

Nataliya Medvedovskaya said…
Thank you for watching my music video of "Sold Out" song.Happy you like it!

Thanks Trevor for your reply.Your music speeks for itself with high energy performance,memorable arrangements and awesome performance.