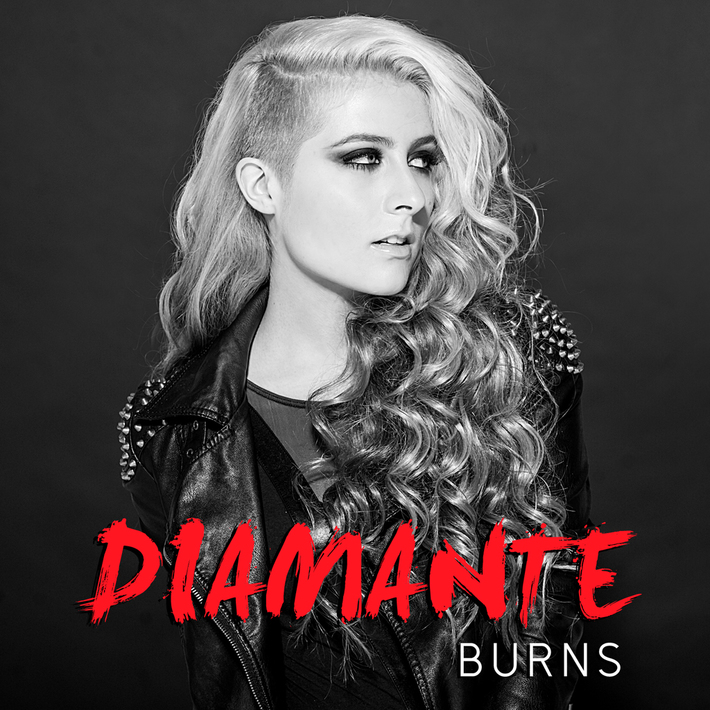 Bio:
DIAMANTE
DAMANTE kicks off 2014 with back to back singles on the top 10 Hot Singles Billboard Charts, with "SAVAGE" at #5 and "BURNS" at #6. Teen Rocker DIAMANTE just scored two more wins at the 2013 Indie Music Channel Awards with her yet to be released and anxiously awaited new hit single "GOODBYE." At only 16, this rocker with her self written songs takes home Best Rock Record for two years in a row. Winner of the 2012 Indie Music Channel Awards Best Young Rock Artist, Best Rock Recording, Best Music Video with "Impossible" and Teen Artist of theYear! She comes fresh off winning the Ernie Ball Battle of the Bands and landing a spot on the Vans Warped Tour 2012!
Emerging from the East Coast to the Entertainment Capitol of the World, teen sensation DIAMANTE has exploded onto the Hollywood music scene. DIAMANTE is a true musician and prolific writer.
She displays an unforeseen depth in her lyrics and a tiny crying cadence in her edgy voice that quietly screams experience beyond her years.
This Teen Rock star has taken L.A.by storm wowing huge audiences with live performances at the Vans Warped Tour 2012. Magic Mountain in California and New Jersey, the Palm Springs Convention Center, and has performed at renowned Hollywood hot spots like the Avalon Hollywood, Key Club, House of Blues, Whisky a Go-Go, ROXY Theatre, Knitting Factory, Varsity Lounge, and Geisha House. DIAMANTE is a teen super star in the making. She breathes a fresh new style to the music scene and is often compared to a modern day “Pat Benatar” or “Alanis Morissette”. Her unparalleled sound comes from an innocent yet edgy vibrato tone, thus making her voice a rare diamond in the music industry.
DIAMANTE released her hit single “IMPOSSIBLE” after returning from a national tour, performing across the country on the Age of Rebellion Southern California Tour and as part of the East Coast and West Coast No Bully Tours America 2011. “IMPOSSIBLE” stormed through dozens of major radio stations across the country including KIIS FM in Los Angeles and New York, and aired in Mexico, UK, and Australia. “IMPOSSIBLE” also secured a spot at the top of the spin list of indie/rock/pop DJ’s from coast to coast and climbing to #1 on The Independent Music Network, and the Radio Café Music Countdown with record breaking results. She is currently featuredon Artists to Watch on iHeart Radio, Yahoo Voices, Avril Lavigne BandAids, J-14, Fanlala, Teen.com, Nashville’s TV Stars 2 Come, and teen site iaam.com among others. She was nominated for Best Artist at Hollywood JNFE Awards 2011, and Best Artist by the 2012 Independent Music Awards. DIAMANTE’s anxiously awaited new single “PANIC!” arrives as she prepares to hit some of the major music festivals across thecountry including the Indie Music Fest in Las Vegas. Currently nominated for best single with "Impossible" by the LA Music Awards, and for Best Pop Rock Artist and Best Music Video by the 2013 Artists in Music Awards. Now touring coast to coast with Disney's Drew Seeley and Kicking Daisies.

DIAMANTE
Emerging from the East Coast to the Entertainment Capitol of the World, teen sensation “DIAMANTE” has exploded into the music scene in Hollywood! At the young age of 16, this Teen Rock star has taken L.A. by storm amazing huge audiences at live performances at Magic Mountain and the Palm Springs Convention Center, and performing at Hollywood hot spots like the Avalon Theater, Celebrity Center, Whisky a GO GO, Knitting Factory, and Varsity Lounge. She has also landed numerous major lead roles in popular theatrical shows such as; “Sandy” in Grease, “Rosie” in Bye Bye Birdie, “Ariel” in the Disney remake A Day of Magic, “Vicky” in Free to Be You and Me, and a breakthrough performance of the "Genie" in Aladdin. She has also guest starred on "The Doctors" and played drums in Tyna Q's band.
DIAMANTE is a teen super star in the making! She breathes a fresh new style to the music scene as often compared to a modern day “Pat Benatar” or “Alanis Morissette”. Her unparalleled sound comes from an innocent yet edgy vibrato tone, thus making her voice a rare diamond to the music industry.
Her single "Spinnin' Around" immediately after being released landed in the soundtrack of the feature film "Leaving Hollywood."
DIAMANTE's music is becoming very popular, very fast, her latest release “Just For One Day” recently climbed to #1 on Tween Pop radio with record breaking results! Her hit single "Just For One Day," has been on the top 10 Tween Pop Radio charts for 10 weeks straight!
DIAMANTE's music recently aired on radio in Mexico and Australia. She has been interviewed and featured in Pop Culture Radio, On Air With Nesa, Radio Disney Club, and Teen Site iaam.com. She was nominated artist of the year 2010 by Tween Pop Radio, and is nominee for best artist at Hollywood JNFE Awards 2011. DIAMANTE is the new offical member of the School Zone Tour roster.Don't miss DIAMANTE On The Road this summer perfroming across the country as part of the No Bully Tour America 2011!

Congrats Diamante on your nominations.

I look forward to meeting you and the other teen artists at the IMC awards.  Rock On,

Hey, I love your neew hairstyle-saw your photo shoot.  Maybe now that I am in LA we can get together sometime :)  1 858 Tivoli1  leave a message if you want to :) Say Hi to your family ! Tivoli Skye <3

Great meeting you as well. Take good care hope to see you guys again doing it even bigger!! Keep it coming!

DIAMANTE!!! You are awesome! 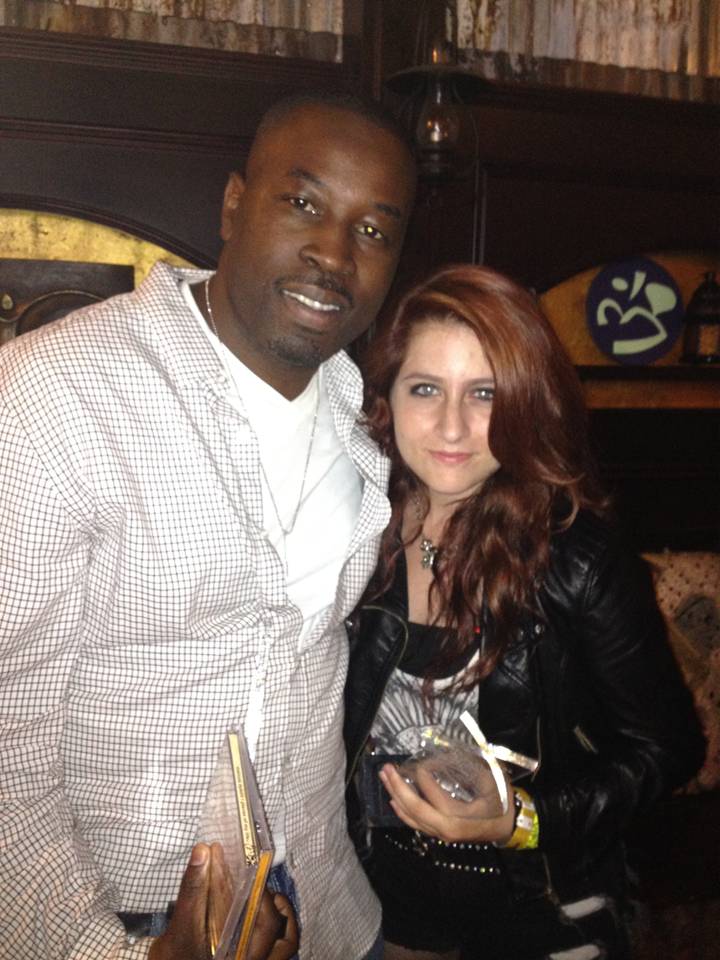 It was so great to meet you. Congratulations on all your success. Now I can tell my students I met you. :) "Impossible" is my song. Keep making great music!

Congrats from alchalant of Detroit. Nice to meet you!

MELIA said…
Great job! Sorry we did not get a pic together. Maybe next time our paths cross. It was such an exciting and busy night! Congrats on your awards and keep up the great work!
do Melia

Your music is awesome! Love the production on "Impossible." Congrats on all your success and hope to see you at the Indie Music Channel Awards.

Can't wait to see you again!! We need a photo together since I missed you at the charity event last year. But I will see you the following weekend too :))) Congrats on being nominated. I loved ur song!