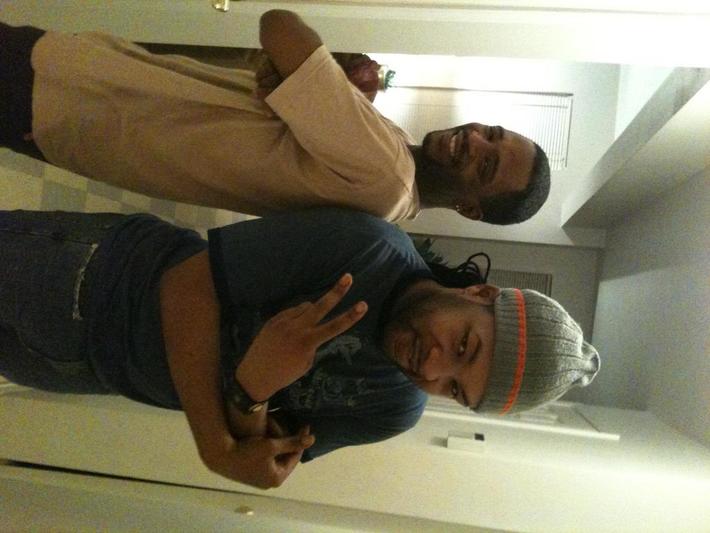 TruBlend was formed in the summer of 2003 in Cleveland, Ohio. The group started as a trio, but one member left to pursue other interests leaving the former trio a duo. With their smooth vocals and R&B sound, they have been compared with the old school R&B singers and have taken the city by storm and built quite a fan base. Between performances TruBlend is writing and producing songs for their first full length CD. They opened for national recording star Glenn Jones when he performed in Cleveland, and they have also performed in Chicago Ill. and Dayton, Akron and Columbus and Middlefield,Ohio. TruBlend consists Chas Nichols and Mateo Davis. Chas also produces TruBlend's music and is a member of the songwriting team that includes his wife Chris and singing partner Mateo. Neither member is a stranger to the stage, both having grown up performing in various church choirs, musicals and talent shows. A few of TruBlend's performances in and around Cleveland include; Rock and Roll Hall of Fame, The Hard Rock Cafe, Central State University BET TV Fashion/Talent Show, Village TV on Adelphia Cable, WTR TV on Time Warner cable, WERE FM 1300 Radio Show, Cleveland Intercity Yacht Club, American Heart Association Benefit Concert, Presidential Candidate John Kerry/Black Caucus Rally, 1st Place in a citywide Stars of Tomorrow competition, and numerous festivals and benefits.

At the 2014 IMC Awards, which hotel is everyone going to be at? I'd like to hang out with my IMC peeps.

Sarfaraz Official Artist said…
Hello.
Checkout my music n let me know how it is.
Thank you

Kitty said…
Thanks so much for the love. I'm feelin' ya style, that mood music.

Kwanza Jones said…
Haha...Thanks for the comment and the friend request, Charles!

Will Amaze said…
Thank you for listen

Moses Fields said…
we have to do track love your music

Antoine Smith said…
Also, the songs you have are really great man! Wish you the best...God bless.