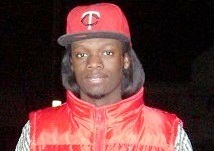 Bio:
Antoine Smith, born Aug. 1, 1992 (BMI member) is a jazz and other genres composer, drummer, keyboardist, singer, rapper, and producer. The 6’1” underrated artist has produced 11 jazz fusion albums from age 15. In 2008 by age 15, his 6th album “All That Jazz” got him signed under an independent label Turn On Records (a subsidiary of EROICA who is a leading classical recording major label.) Smith’s jazz uniquely allures his fans by “creating melodic journeys that soothes the mind.” His theraputic grooves distinctively entice a “wine and cheese” plateau atmosphere. His professional background proves he is a hard working songwriter by saying…“he writes everyday.” His compositions are formulated from jazz/world/pop/j-pop/rhythm & blues/rap/hip-hop and nu-jazz. Pseudo names for his rap and hip-hop: DJ Night Writer and Cleveland Milez. Smith’s rap/hip-hop, and rhythm & blues is popular for his originals and remakes on Youtube that many local and indie rappers frequently use for their mix-tapes. His influences: Chris Botti, Hiroshima, Paul Hardcastle, The Rippingtons, Miles, Coltrane, The Runners, Cool And Dre, Drumma Boy, Justice League, KanYe West, et al.

Eroica Inducts Antoine Smith - 2010 Catalogue for the History of Records

Ventura, CA, April 10, 2010 --(PR.com)-- Currently in the history of records, Eroica has inducted Antoine Smith, a native Clevelander of OH is described as a rapidly emerging young phenom -- composer, pianist, and drummer will be written in the records for Turn On Records that is subsidiary of Eroica Classical Recordings through Mr. Larry A. Russell, CEO.

Eroica is a leading classical music record label, based out of Ventura, California in the US. It started in 1992 to extraordinary roster of orchestras, ensembles, and solo artists which include the Manchester Music Festival Symphony; the London Symphony Orchestra; and the Whatcom Symphony Orchestra.

Eroica is internationally recognized for its Bartók recordings by June de Toth, the only woman pianist to have recorded a 7-CD box set of Bartok's solo piano works, and its trail blazing leadership in the discovery and acceptance of exceptional new talent, which has resulted in the signing of nearly three hundred brilliantly gifted new artists by the Eroica label.

The label got a huge boost in international recognition with the licensing by Sony Pictures of an excerpt from Mozart’s Fantasie in D Minor, as performed on an Eroica CD by pianist Loretta Mento in the motion picture "Seven Pounds," starring Will Smith.

Congratulations to Antoine Smith's cd, ALL THAT JAZZ that made it way into a signed contract on Feb. 28, 2008! Antoine Smith is currently written in Eroica Classical Recordings as an African American jazz and other genres composer/keyboardist/drummer, and inspiring producer in its catalogues of 2010.

Hello, my name is Antoine and I write a lot...lol! My favorites are Rap, Jazz, and especially R&B.

If you need music, please let me know. The first song is always FREE...and if you love that one...the rest will cost ya.

Send me a message for details, if you are interested.

Stop By - Nice Meeting Everyone

My name is Antoine Smith, I am honored and happy to be on this site with great artists!

Feel free to stop by and leave comments or just view my page. Also, let me know about you and I will visit your page as well.

All are welcomed and remember I couldn't do my music without you.

I am extremely impressed with what you have accomplished at such a young age. I wish you all the success in the world... I will be watching, cause I know where your headed!

Charles Nichols said…
Wow, Just listened to the songs homie you are God touched no other way to put it, keep doing it and congratulations on all your accomplishments and all those to come!!

David E. Maxwell said…
YOU MUSIC HAS A NICE FLOW MY BROTHER THANKS FOR SHARING YOUR GIFT.

THA' HEATSEEKAZ said…
WHOA! YOU GOT MAD SKILLZ KID. WE MIGHT HAVE TO HOOK UP AND DO SOME HIP-HOP/JAZZ JOINTS. STAY UP. 1

DAVID WRIGHT said…
Thank's for the add my friend

Chris Ford said…
I'm likin the groove on in the spotlight, check out our free b-sides cd!