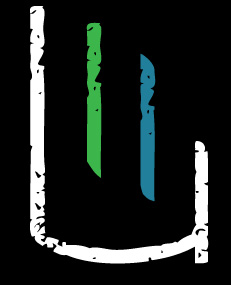 Born in November 2006, the band is composed by Ignazio Iuppa (voice and synth), Claudio Virgini (guitar), Daniele Scarpaleggia (bass guitar), Alessandro Lopane (guitar), Dario Santini (drums). Active on the music scene for almost four years, Unmask has soon trod the stage of major clubs in Rome. In 2007, the band recorded their first demo, containing three brand new tracks including the single "All I Need" which had big success on web. In the same year, the band goes to the final step of "The Undiscovered Band Contest" (music contest promoted by Ingrooves label and Saki Mobile). In the following two years the band played in several national and international festivals, and then focused on composing and recording the ten tracks of their debut album "Sophia Told Me", an alternative rock with post progressive and psychedelic influences. The album was recorded and mixed at Temple of the Noise, Snakes Studios and Blue Noises Studios in Rome, and mastered at Fluid Mastering studio of London by Nick Watson. The cover image, representing the whole album concept, was designed by the band and realized by the Iranian graphic designer Sam Moshaver. Unmask realized also a video clip for their song ”Be Twin(s)”, available on the YouTube channel "unmaskchannel", directed by Adriano Muraca and Stefano Bagnoli, and interpreted by Debora Antonaci. The album received many positive reviews by the directors of the main Italian and international magazines and webzines, Jamyourself chosen it as the runner-up among the emerging album chart of 2010. "Sophia Told Me" received appreciations also from Mescalina, MovimentiProg, Metal.it, Rockrevolution, RockLab, Hard Sound, Prognaut, Sea of Tranquillity and is in rotation on several radio stations.