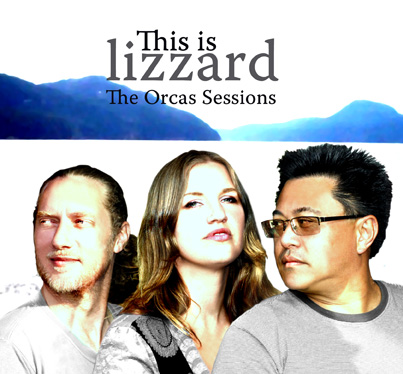 Artist's or Band's Name
This is lizzard

Bio:
Buy Won't Give Up now on iTunes, Amazon MP3, or The Official This is lizzard Store!

"Your track had rousing energy that moved us as listeners... Your lead vocals really grabbed us. We think your rhythmic elements on this release can hang with the best of them. Tight, clean and interesting playing. Keep writing those anthems."
- Hello Music, April 15, 2011

This is lizzard was founded in 1998 by American singer/lyricist Lizanne Hennessey and Dutch musician/composer Roland Stolk. Their music is based on alternative pop/rock and strengthened by a mix of their favorite genres, including funk, soul, reggae and country.

Lizanne says: "When Roland and I met, we found out pretty quickly what is it we do best together: making music. We formed This is lizzard in 1998 and have never stopped making music since. But for lots of reasons, most of them beyond our control, releasing an album just never happened... until now. Thirteen years later, we are proud to announce the release of our debut album, 'Won't Give Up'. The title says it all. We never did give up, and we won't give up when it comes to fulfilling our dreams and sharing our music."

The husband-and-wife duo This is lizzard pride themselves on the tremendous diversity and outstanding musicianship and production on 'Won't Give Up'. Their music is like nothing and everything you've ever heard before; familiar yet unpredictable, the album can lull the listener into a dream-like state then deliver a wake-up call full of power and positive energy.

About Roland:
Dutch-born musician/composer Roland Stolk graduated with honors from the Rotterdam Conservatory of Music, where he studied piano and vibraphone. He is a multi-instrumentalist and is proficient on piano, keyboard, percussion, drums, vibes and guitar. During his extensive touring experience throughout the Netherlands in the 90's with Dutch artists such as Matilda Santing and Herman van Veen, Roland began to focus on his studio engineering skills with the first-rate production on 'Won't Give Up' as the result.

About Lizanne:
Lizanne Hennessey was born in the USA, and moved to the Netherlands when she was fifteen. She is a singer/lyricist by nature, 100% self-taught and writes lyrics in English, her native language. She was active in various bands and studio sessions when she met Roland, and not long after, formed This is lizzard together. They've been making beautiful music together ever since.

This is lizzard needs you!

Recently, we were approached by a radio promoter from RCI music who is eager to get our music on national radio, but there is a price tag attached to it. We have invested everything we had to record, produce and promote our debut album 'Won't Give Up' on our own, but we need your help to get it to the next level!