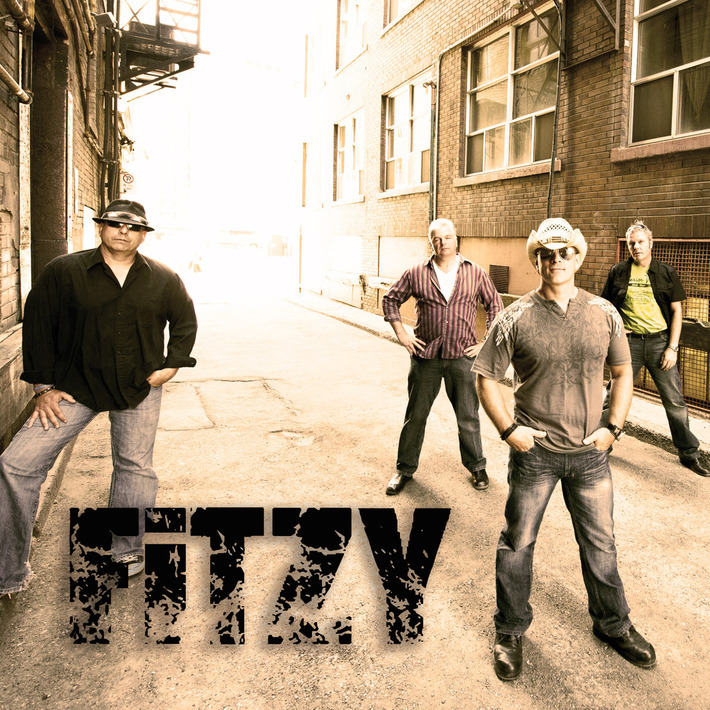 Reverberating a raw, classic rock sound, FITZY is a rock act founded by a Toronto FireFighter who, when he is not fighting fires and saving lives, is a 14 year music career veteran accompanied by highly skilled, experienced musicians that blend the styles and influences of bands like The Rolling Stones, The Black Crowes & Bon Jovi.

Recording and touring across Canada and the USA has enabled him to work with a multitude of international recording acts and perform in many well-known establishments including the legendary Horseshoe Tavern.

Fitzy recently had the opportunity to showcase his talents with a winning performance on the 2011 reality TV show "Canada Sings" competition which aired August 2011 nationwide on Global TV.

FITZY's music matters and gets noticed. For 3 consecutive months FITZY has had 3 original songs in the top 40 category and one song in the Top 10 on Ourstage.com from thousands of votes from all across North America.

FITZY's current solo project has enabled his songs to reach out to the world through internet distribution on ITunes and Amazon MP3 as well as compete in various song writing competitions such as the John Lennon Song Writing competition, the Billboard Magazine’s World Songwriting Contest where he was given an honorable mention, and the International Song Writing Competition where FITZY placed as a Semi Finalist in the Rock category. FITZY's music can also be heard on Canadian Music Radio where his music has been placed into regular rotation. FITZY has also secured multiple licensing deals for TV/Radio/Film to further expose his music on an international level.

FITZY’s vast musical range and experience has made him an extremely proficient singer/songwriter with his own unique classic style that will leave you wanting more.