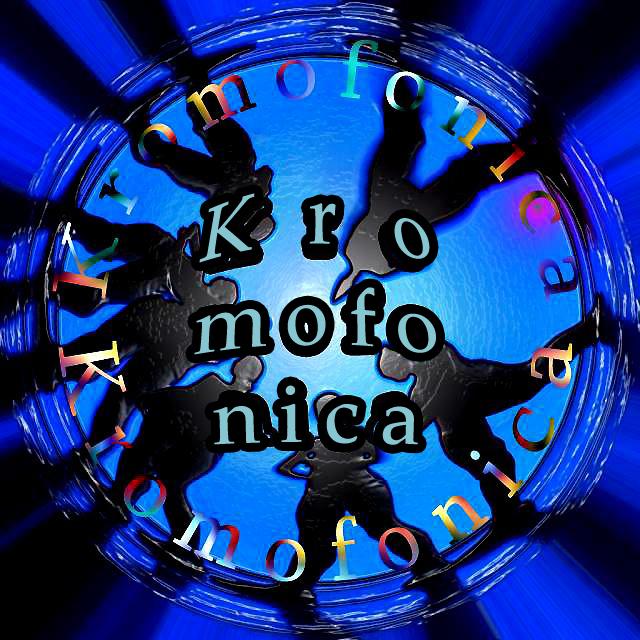 Bio:
The name “Kromofonica” is the brainchild of Leonardo Montaruli, artist, singer, founder and leader of "Voyeur" – a 90s independent group from Genova – who was killed by a melanoma at the age of 27. The group's first album, is dedicated to his memory. “Kromofonica” is an alternative musical project founded on 1st January 2008 and made up of the following members: Vincenzo Geraci - singer/songwriter, guitar and bass Edilio Ciuffardi - bass, arrangements, writer and photographer. Musical influences come from every musical direction so it is impossible to foresee the sound of future productions. "The artistic experiences are many, and really do not like to enumerate all that has been done, we prefer to think only in our present while safeguarding the future!" 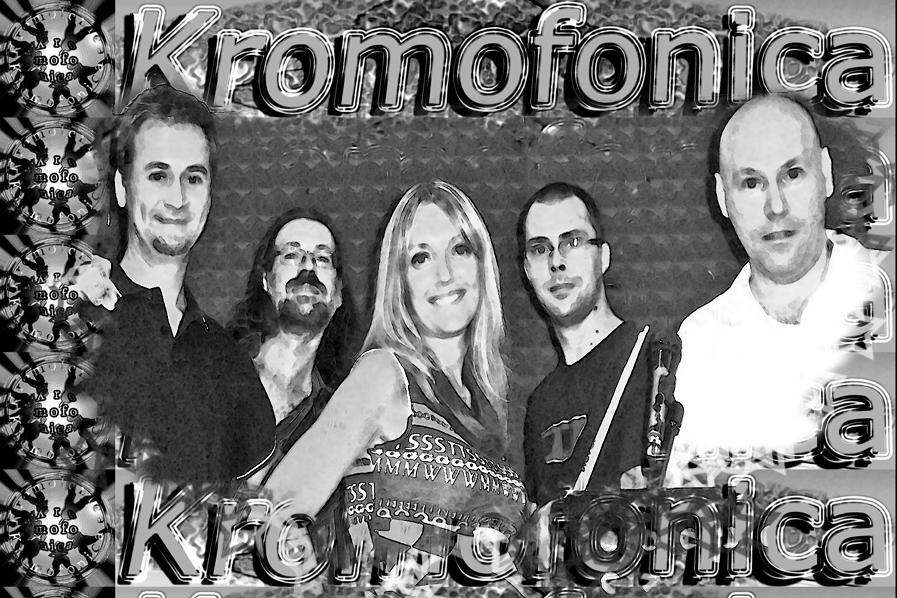 The name “Kromofonica” is the brainchild of Leonardo Montaruli, artist, singer, founder and leader of "Voyeur" – a 90s independent group from Genova – who was killed by a melanoma at the age of 27. The group's first album, currently in production, is dedicated to his memory.

“Kromofonica” is an alternative musical project founded on 1st January 2008 .

There are many ways of making music. There are those who sing straight from the heart and those who give great importance to the melody, those who can look for a particular sound and those who draw inspiration from everyday matters or from important world events. This particular case is somewhat out of the ordinary in that our interest was drawn by the hypnagogic state. Hypnagogia is the state that precedes sleep and is also present just after awakening. It is generally very short-lived in adults while babies can remain in this condition for up to eighteen hours a day. It is a very particular condition which for simplification is best defined as hallucinatory in a visual, auditory and tactile sense. It would appear to be a particularly interesting state from the point of view of learning and of consciousness. While in this condition the brain runs on theta waves at a frequency of 4 - 7 Hz. We all pass through a hypnagogic phase at least twice a day. In a world where activity and even hyperactivity are very much the norm, the hypnagogic state is very much frowned upon by adults. Children are generally discouraged from remaining in a hypnagogic state, especially when they are in company, a typical reaction being: "What are you doing? Sleeping?" Have you ever had this said to you? It generally happens when you are daydreaming. And often when you are daydreaming, your mind is travelling over something that has struck you, and if you are daydreaming and your mind is in flight, then you are probably running on theta waves, in a hypnagogic state. It is quite likely that you were learning something, not in a traditional didactic sense, but experiencing something new in the vast laboratory of your mind, hypnagogically, in a way that cannot be labelled with adjectives like "rational, scientific, coherent". It is possible to expand your consciousness hypnagogically. It is not a question of living without consciousness or in an altered state of consciousness, but simply in a particular condition of consciousness. It is not easy to remain in a state of hypnagogia without slipping into sleep. In order to remain in such a state you cannot resort to those forms of intentionality, beta and alpha, that are not present when you are running on theta waves. It would seem that at the highest levels of meditation it is in fact the hypnagogic state that brings with it the greatest enhancements to consciousness, and it can easily happen that one passes, involuntarily, from meditation to sleep. So it is that we, Kromofonica, with our past experience and present awareness, took an interest in this matter: approaching the hypnogogic state through our music. We have tried to explore the various facets of hypnogogia musically. Our initial objective was to probe and penetrate the hypnagogic condition to the point where we were able to express in music all the aspects that we had succeeded in experiencing. We did not use drugs. It would be all too easy to draw a parallel with psychedelics, but it must be pointed out that where psychedelics tends to explore the aesthetic aspect of hallucinations, hypnagogia is more concerned with the exploration of consciousness through alter-consciousness. It is wrong in fact to talk of "hallucinations" in the strict sense of the word. We cannot be sure to give the right label with the term "hallucinations" to a hypnagogic experience. It may even be reductive to talk of hallucinations. No, it is not hallucinations. When we live in an "active" condition, beta and alpha, our brain examines the world around us. It is as if we are a billiard ball and the world is the billiard table: we move and gain greater understanding by rolling around on the table and hitting the sides. In an attempt to simplify, we could say that the hypnagogic state is not real and it is this that leads to the abuse of the word "hallucinatory", simply because we find ourselves in an altered state. We could even say that the situation gets turned upside-down, that our brain becomes the billiard table and that an object or a part of the external world becomes the billiard ball that moves within us: we roll it around and hit it against the walls of our minds in order to gain greater understanding in a state of altered consciousness. In this way it is not difficult to realize that we are not just a brain, we are the whole of our body and we are capable of experiencing sensations that arise centrally and spread outwards towards the external areas of our organs: exactly the opposite of what happens in the alpha condition. Each time this happens our understanding of ourselves inevitably increases in relation to the object in question. And that is not all, we also discover that we are not limited by the extent of our own physical bodies since in that moment we are also the billiard ball, the object, the question that has entered within us. Difficult? No. But it is hypnagogia and we are not used to it. So to make things easier we say: "hallucinations", or even "nonsense". More often than not we make a negative judgement and turn our minds to other things. Well, wasn't it the case to take a closer look, in the Kromofonica way?

MOMOH ALEXANDER said…
hi my name is alex from nigeria