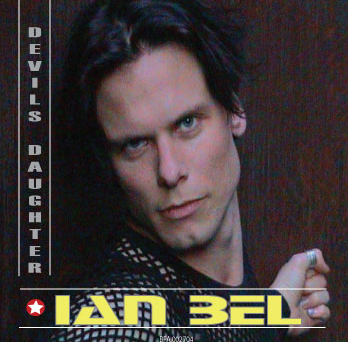 Ian Bel is the name behind the video Slave which has had more than 90,000 plays on YouTube.

The man behind the name grew up on a tiny farm not far from Oslo, Norway’s capital and claims to have begun making music “at the height of 100 cm”.

Bel was heavily influenced by a classical pianist mother and folk musician father and by the sounds of a distant relative – legendary Norwegian violinist and composer Ole Bull – echoing down the family bloodline.

Bel sang in a choir, excelled on the piano and guitar – and proved that violin virtuosity is not a genetic certainty – before forming a number of bands during the 90s.  In 1997 he cut his first independent album, the gothic Mr Government. Six years later he founded UNO Record Company as a small indie label.

Bel has also composed theme music for the Norwegian Broadcasting Corporation nation and written a humorous children’s book Martha Martha. His many live performances include a 2008 charity concert for Africa inspired by the UN Millennium Development goals.

The latest Ian Bel production is Fake Factory, a concept album based on a self-penned book about the media industry.

Fake Factory is the biggest factory\ media house in the world, run by the son of Lucifer, Felix. For those who want a career within politics, music- industry, models or any other public related work, Fake Factory is a must. Felix controls in a fearsome way all the magazines and TV\ Radio stations.